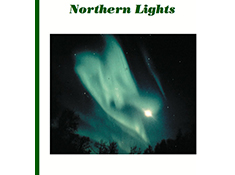 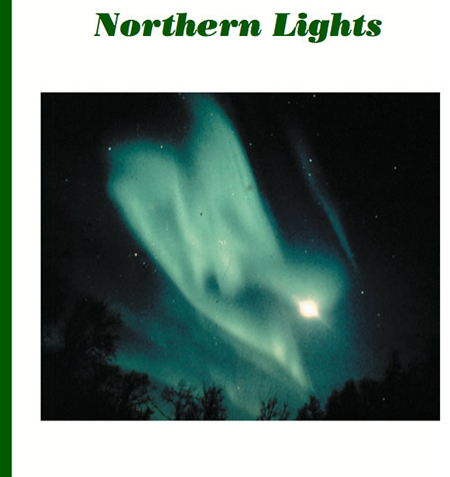 The aurora borealis (northern lights) and the aurora australis (southern lights) are beautiful displays of moving luminous colored patterns in the night sky seen in far northerly or southerly latitudes. To set the stage for in Northern Lights, we first look at "Seasons & Sunsets Above the Arctic Circle" to find out at what latitudes and at what times of year aurora are most likely to be seen, and learn about the phenomenon of the "midnight Sun." A recorded narration by Norwegian Franck Pettersen describing an auroral storm, along with an aurora movie, transports the audience to Norway for a few minutes of aurora "theater." The "scientific explanation" of aurora has changed in recent years owing to revealing results from NASA spacecraft missions. In the latest models, charged particles interact with Earth's magnetosphere, which acts as a sort of electromagnetic dynamo that accelerates the particles along magnetic field lines onto Earth's polar regions. The parts of the Northern Lights show are: