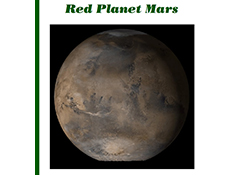 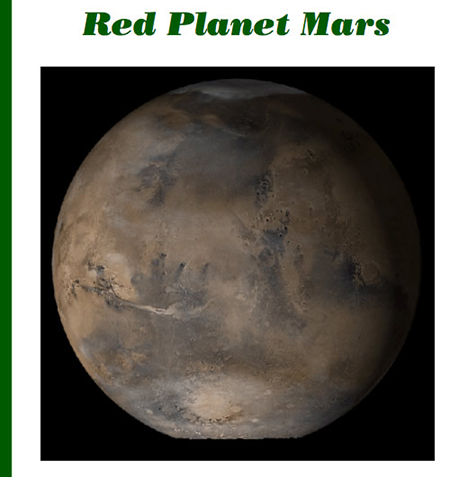 Red Planet Mars, designed for public audiences and students in grades 4 and above, starts out with the audience identifying Mars as the ancient Greek astronomers did, observing its motion from night to night as it wanders among the "fixed" stars. Then they see how Mars looks through a telescope, with a special effect movie simulating rippling distortions in the image caused by Earth's atmosphere. They sketch Mars as astronomers did during the first half of the twentieth century when there was the Great Canal Debate. The new science of "exobiology," inspires an activity in which audience members invent creatures that might have evolved on a Mars-like planet. The program concludes with findings NASA missions to Mars and a look towards the future exploration of Mars by spacecraft and by humans. The parts of the Red Planet Mars show are: