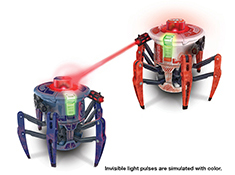 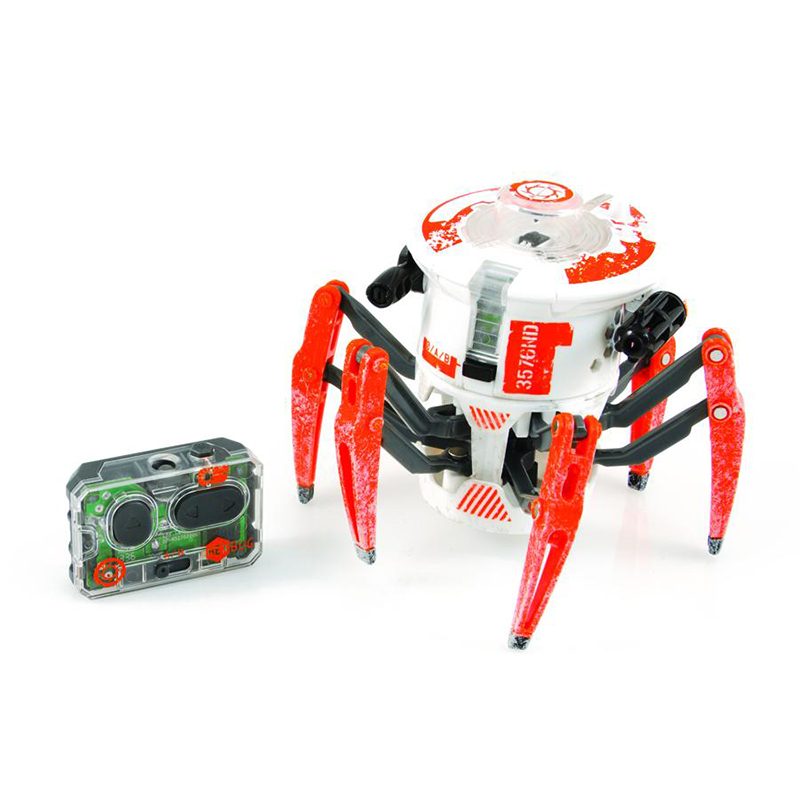 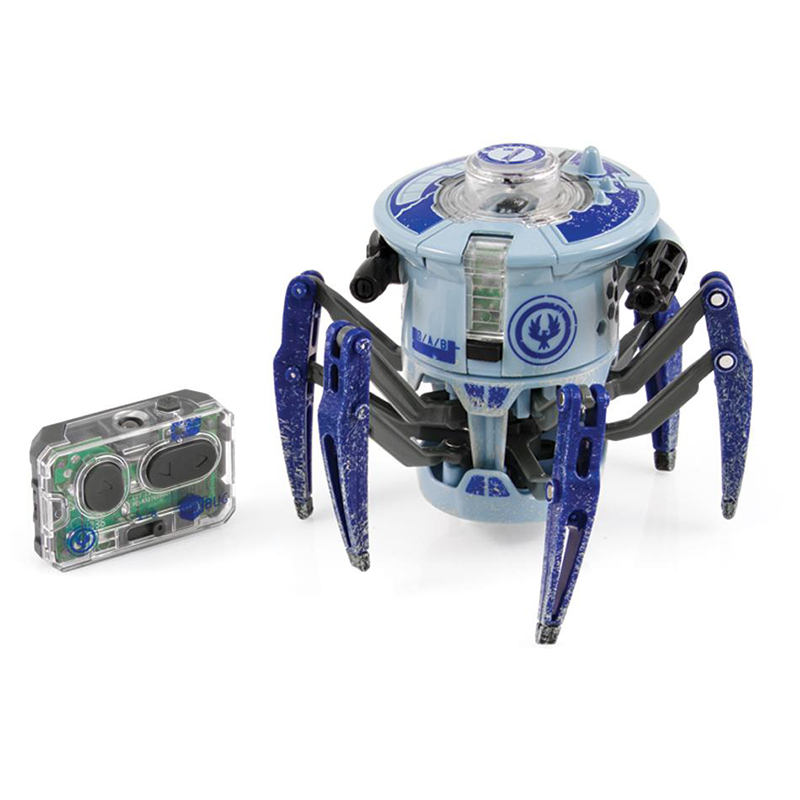 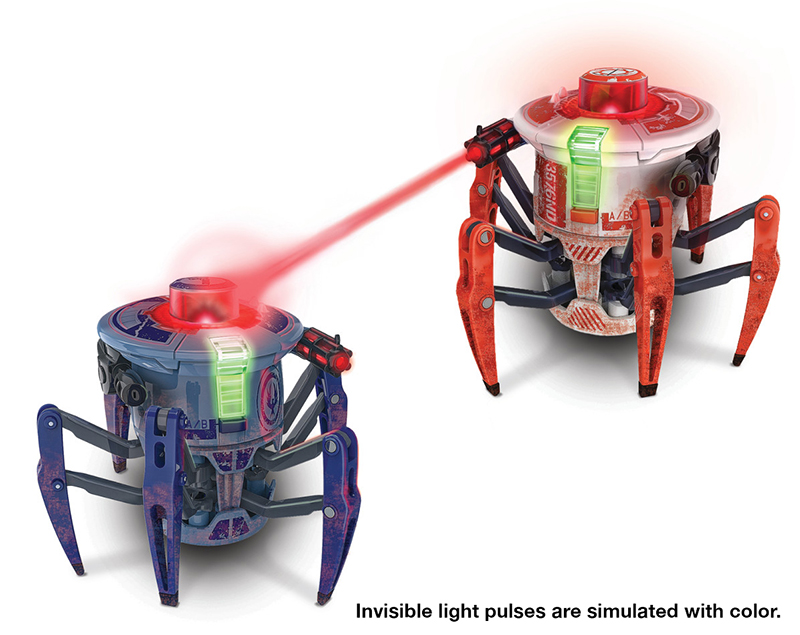 These sci-fi battling robots have a remote control and come fueled with futuristic voice & sound effects and high-tech infrared battling capabilities. Battle Spiders will amaze with their realistic recoil and physical response when hit and when shooting. Equipped with a hi-tech life-sensor that measures each hit adds to the ultimate battle experience.

The six-legged spider features 360 degree steering and an LED forward eye, allowing you to maneuver it around objects and control precisely where it scurries as it battles against its opponent. Each Battle Spider features a two-channel infrared remote control. The two-channel remote control enables the user to operate multiple bugs independently or at the same time.